From the moment you enroll at any one of our 18 schools, we have a plan to support your child through graduation and beyond. That’s because KIPP NYC was designed as a K-12 model, with a comprehensive 20-year support system that begins as early as kindergarten and continues for our alumni through college and career. The great part is, each one of our schools feeds into the next level, so you can count on us being committed to seeing your child all the way through. At KIPP NYC, you can rest at ease knowing we will be there every step of the way.

What Sets Us Apart
KIPP Forward
More About KIPP NYC 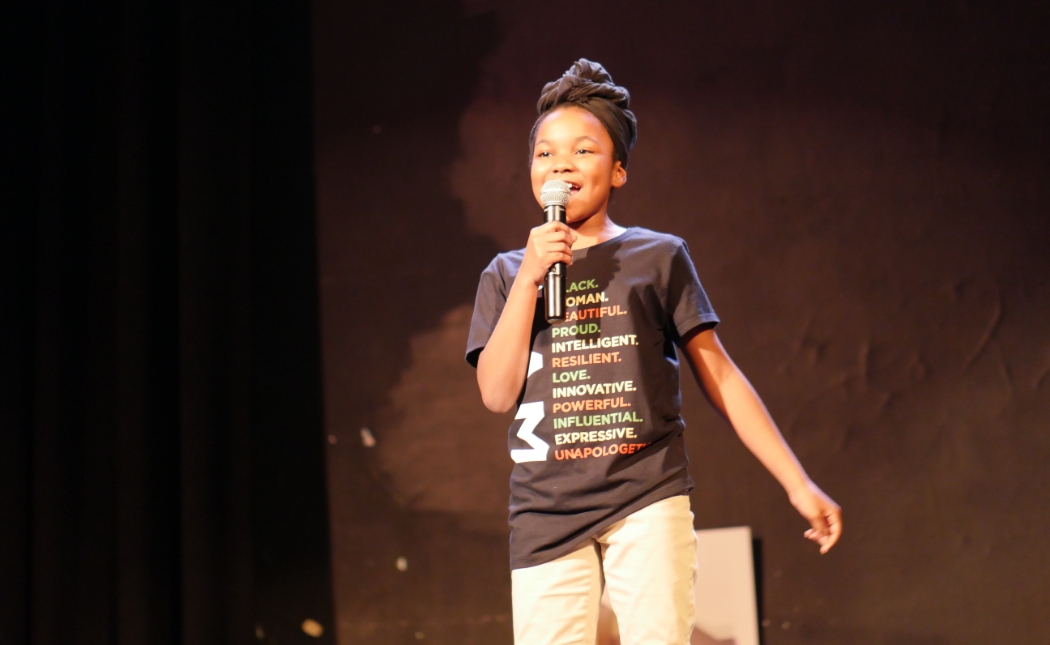 Along with engaging and challenging academics, we offer world-class co-curriculars and arts courses in an emotionally nurturing and physically safe environment where we foster positive relationships within our school communities.

Our schools hold student circles, in which children come together in a group to address issues like bullying, team building and culture, violence, and gender, which lead to deep discussions with teachers on subjects that may otherwise be challenging to address in a classroom.

Students take part in transformative personal and community-wide experiences, such as advisory groups and grade- and school-wide celebrations, which promote self-reflection, understanding and respect of others, and individual development through positive and healthy activities with peers. 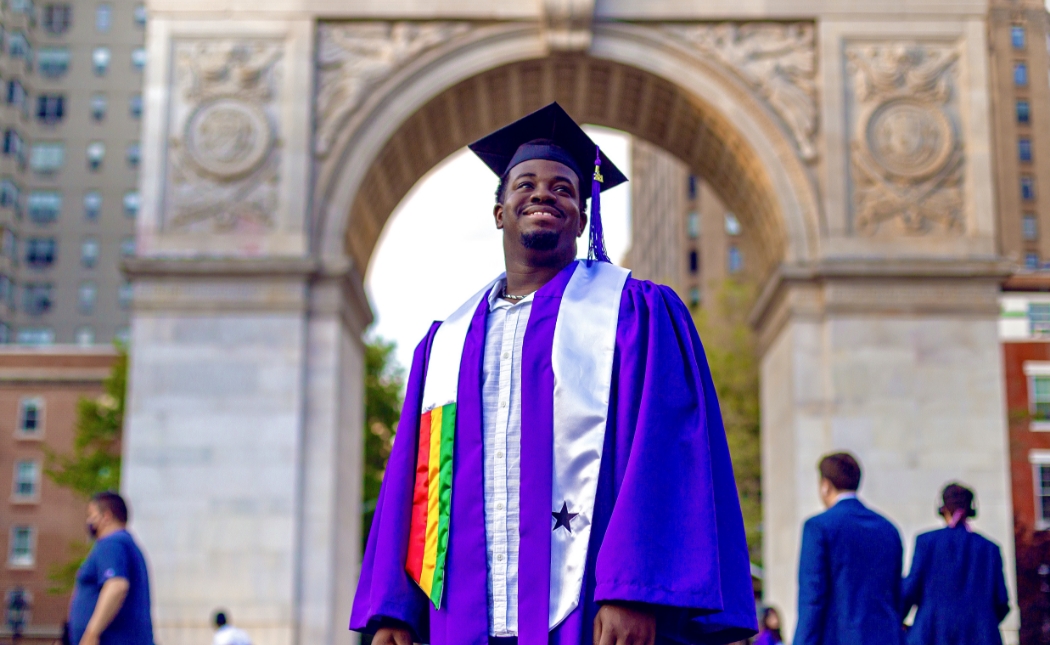 Starting in kindergarten, we make a 20-year commitment to support our students in choosing and preparing for the educational and career paths that fit their goals and sense of purpose.

Our programming ensures that our high school students receive the proper knowledge, exposure, and support to successfully enroll in a best-match college or career program upon graduation. 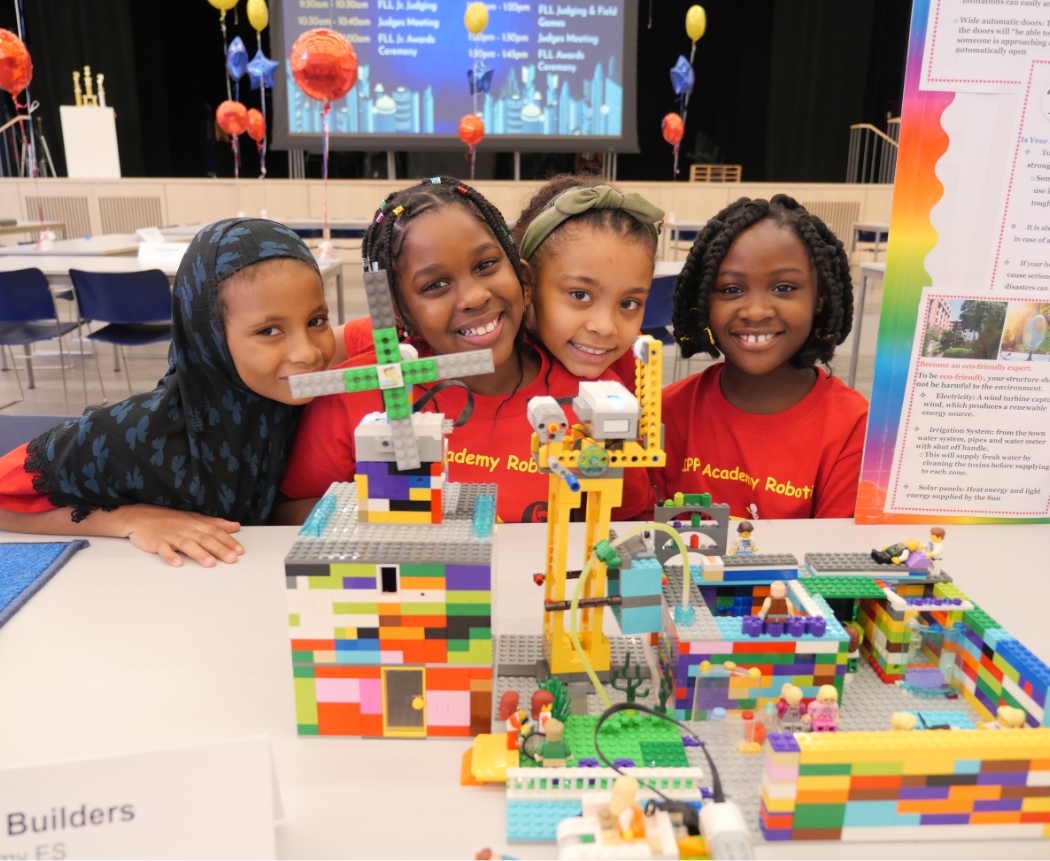 Science, technology, engineering, and mathematics (STEM) readies KIPP NYC students for the future of higher education and successful careers in in-demand fields, as well as equipping them to be informed, responsible stewards of our world.

Diversity, equity, and inclusion is the thread that ties together the vision and mission of the STEM work at KIPP NYC. We approach this with four themes: (1) self-awareness and affirmation of identity/culture; (2) literacy in science is liberation; (3) science is for all students; and (4) family & community engagement.

From elementary school onward, students have the opportunity to participate in robotics teams where they design, build, and program their robots to understand the basics of STEM while developing confidence and teamwork skills along the way. Students compete in New York City competitions with students from other schools with the opportunity to attend a national competition.

Students apply the concepts of design and engineering in project-based learning where they solve problems through creativity, exploration, and collaboration. Students engage with the engineering design cycle and learn how to develop solutions to complicated real-world problems.

All students develop algorithmic thinking, pattern recognition, abstraction, and decomposition skills as they operate robots, write code, and engage in problem-solving. Students learn about collecting, organizing, and drawing conclusions from data when answering real-world questions. We provide a foundation for students to take computer science courses in grades 6-12. 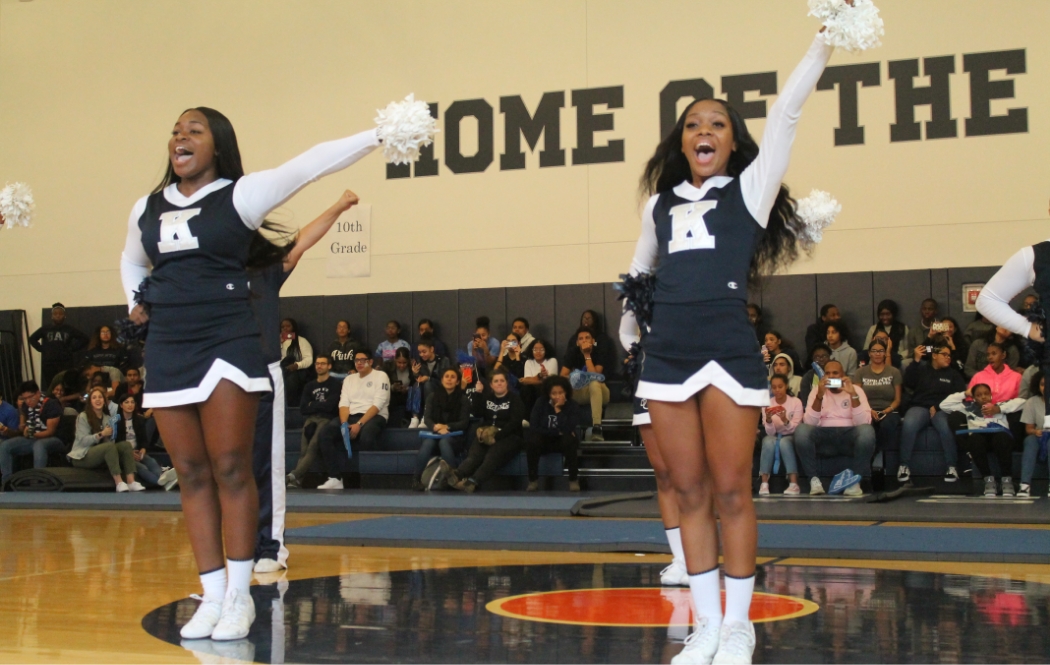 In addition to healthy minds, we also provide our students with nutritious meals and mental health services, and we follow protocols that have been effective at ensuring a safe in-person school experience.

The KIPP NYC Culinary Program provides healthy, delicious, and scratch-made breakfast, lunch, and snacks to 2,500 students daily with the aim to grow to serve all KIPP NYC students within five years. The Program employs alumni, parents, community members, and students, equipping them with the skills for future job opportunities and the knowledge to lead healthier lives.

Students and families have access to KIPP NYC’s Social Work and Counseling team to address any social-emotional needs, as well as professional partnerships with Headway and Ayana Therapy, which offer accessible, diverse, and culturally competent therapy services.

We offer monthly workshops to families and caregivers on topics that have included fostering healthy child identity, helping students adjust to change, and bullying prevention. We also partner with a Regional Family Advisory Council, a committee of families that meets regularly with our Superintendent, which serves as a sounding board for decisions and initiatives, including health and wellness support for students. 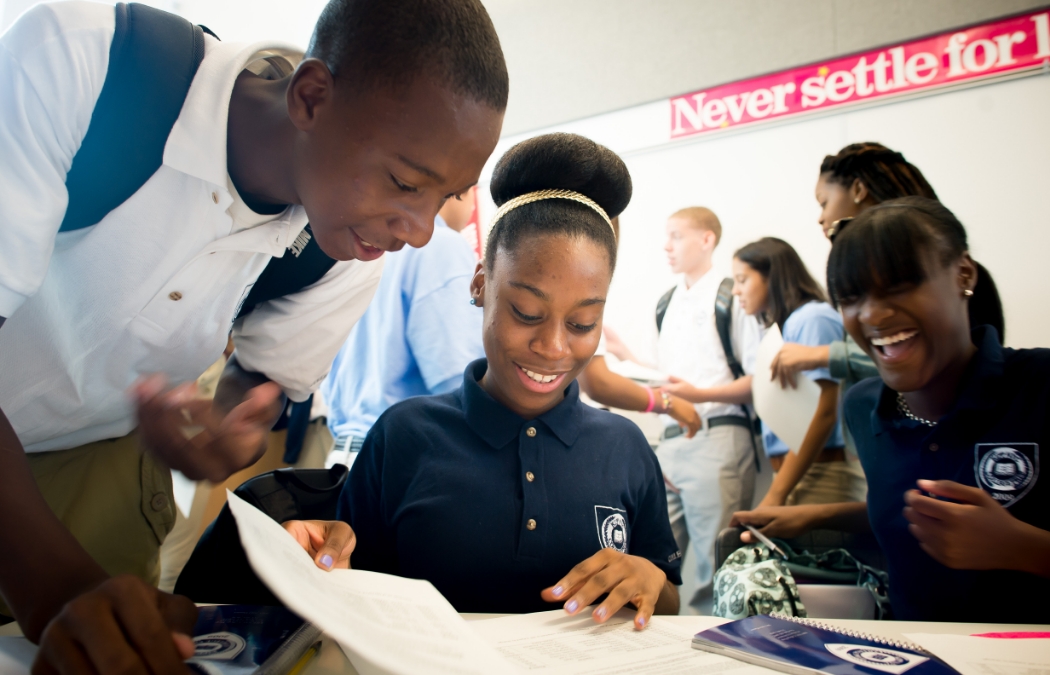 We examine our identities as members of the KIPP NYC community, understanding the students we educate, partnering with families to provide them a voice in our schools, scrutinizing our policies and procedures, and holding meaningful conversations about race, power, and privilege.

Our schools believe and strive toward education that honors the varied experiences, histories, and perspectives of our students and provides opportunities to connect across differences, empowering students to dismantle and reverse generations of inequity that exist in our societies.

We hold ongoing professional development for all staff around race, equity, and anti-blackness. We ensure that our leadership pipeline practices support and develop leaders of color. We share disaggregated data that demonstrate our progress on items such as staff promotions and student discipline practices. We have increased the amount of support we provide, and opportunities for, students to demonstrate their social-emotional strengths.

We commit to using community vendors, Black-and Brown-owned businesses, and drawing from the community for employment when building and maintaining schools in our community. We also commit to using our voice to ensure that the metrics that colleges, funders, and government entities use to measure student success are examined and expanded to support a more holistic approach. 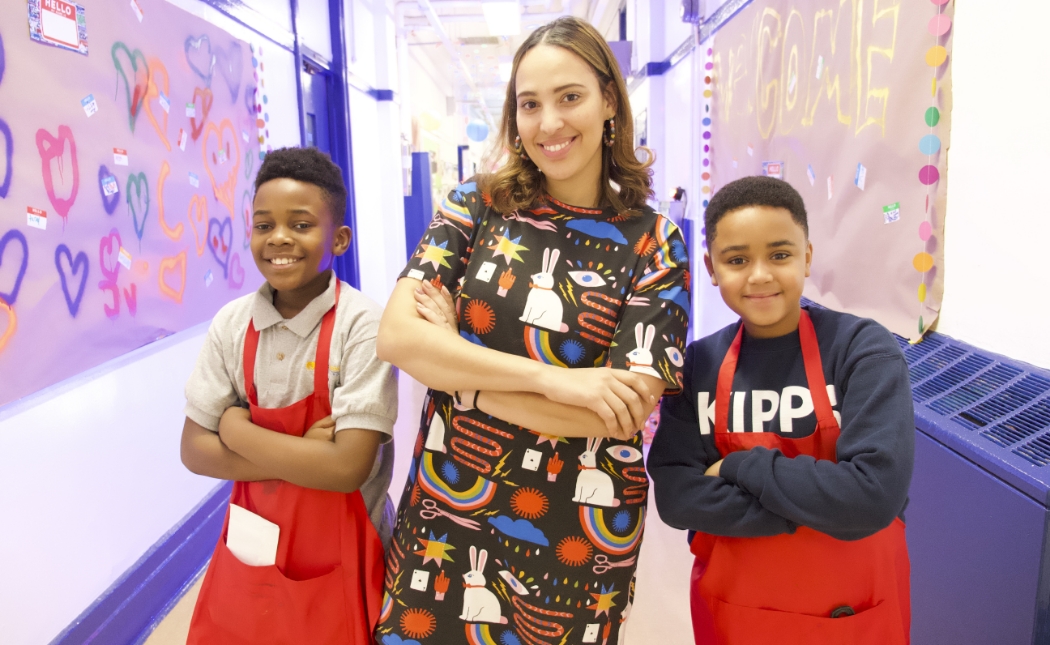 KIPP NYC is expanding teacher recruitment and preparation through its Teacher in Residence program to ensure our schools are fully staffed by committed and highly skilled educators who reflect the diversity of our communities and world.

Through KIPP NYC’s Leadership Development programs, we prepare aspiring deans and principals with the adaptive, technical, and managerial skills to lead a KIPP NYC school, and offer them in-depth coaching and feedback before they move into school leadership.

All teachers, whether in their first or 21st year, have weekly one-on-one sessions with an instructional coach during which they discuss lesson plans, student data, classroom culture, and areas of professional curiosity. As part of a national network of KIPP schools, we leverage the experience of thousands of colleagues across the country and benefit from the research and support of the KIPP Foundation.

KIPP Forward supports students to discover what a fulfilling life means to them, then break through any barrier that stands in their way of achieving it. We help students to choose and prepare for the educational and career paths that fit their goals and sense of purpose.

KIPP NYC at a Glance

Qualify for Free or Reduced-Priced Lunch

Students Stay with us from Year to Year

Jim Manly serves as Superintendent of KIPP NYC. Jim came to KIPP NYC in 2015 with 30 years of experience in K-12 education. He previously worked with the KIPP Foundation as the Senior Director of Instructional Leadership. From 2007 to 2014, Jim was the Founding Principal of Success Academy Harlem 2 Elementary, which became the top performing school in Harlem District 5. He has an additional 10 years of leadership experience as Principal of Manhattan Charter School, Assistant Director of Teaneck Community Charter School, and Executive Director of Teach for America in Washington, DC. Jim was a New York City public school teacher, earning Teacher of the Year at M.S. 321X. Jim earned his B.A. in English from Union College and his Masters in Public Policy from the John F. Kennedy School of Government at Harvard.

Alicia joined KIPP NYC as the Director of Operations at KIPP Through College in 2007, advanced to Managing Director of College Services in 2010, and then became Managing Director of Data and Operations in 2012. Alicia became Chief Operating Officer in 2015 and President in 2018. Prior to KIPP NYC, Alicia worked as a Consultant at Wellspring Consulting and as a Program Associate at the National League of Cities. Alicia earned her B.A. in Public Policy from Stanford University and her M.B.A. from the Yale School of Management.

Hear directly from the voices that make up the KIPP NYC community and read about the incredible ways KIPP NYC is making a difference in the future of our students.
View All

Marquetta: A Passion for Education

After eight years as a KIPP NYC student and four years at Lycoming College, Marquetta Felder is returning to the classroom as a History Teacher...

One of the greatest things about KIPP is that you have a lot of options when it comes to selecting classes. If you have an...

Hear More
KIPP in the News

We are now accepting applications for the 2023-2024 school year!