Brandi: What Makes a School Special – Finding Your Groove

“I don’t know what it is, about this groove, that’s here making us move, but it sho’ is funky!”
-Kid ‘N Play

By Brandi Vardiman, Founding Principal, KIPP STAR Harlem College Prep Elementary
As I sat in a massive lecture hall at the University of Chicago in the summer of 2013, I found myself at a loss when trying to answer, what appeared to be a simple question: “What is your school’s focus?” In other words, “What’s your thing?” I remember feeling frustrated that I couldn’t put my answer into words. The vision was there, but it was difficult to explain. I’ve always been “wordy” so… the elevator pitch was an epic fail. As my fellow peers in the Fisher fellowship plowed through their ideas, I remember feeling a bit behind the ball. After two hours and a paper full of nothing, I switched gears. I decided to think about the root causes of why I couldn’t answer the question. 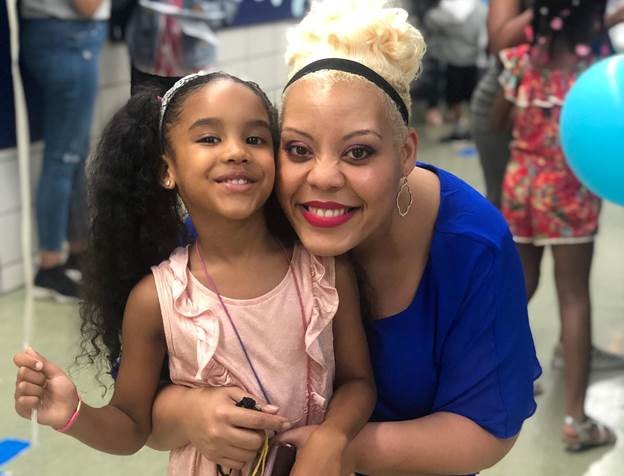 By this time I had been at KIPP for seven years and helped to found the very first elementary school, KIPP Academy. I learned a lot of lessons during that experience and KIPP truly changed the way I approached teaching. It also brought depth to the sense of belonging I felt within an organization. Prior to joining the KIPP team, I spent time working for a district school in Miami as well as another charter school in Connecticut. KIPP was the first place where I encountered space to be creative, not necessarily in the, “choose your own adventure kind of way.” Rather, I had space to creatively teach content given clear proof points of academic achievement. This was a place where I could don a blonde “faux-hawk” on one day and rock hot magenta-colored hair on the next, if I chose to. And I did!

For the first time, I could be unapologetically Brandi! ALLLLLLL of Brandi, while still being respected for my intelligence and robust practice. I was stumped because I didn’t want to reinvent the wheel. There was so much that I loved about the schools that already existed. There was also the weight of being the first Black woman in the history of KIPP NYC to found a school. Our school had to be good. Black women are strong and excellent! It’s what we do! I NEEDED our school to be good!

As I processed it all, I arrived at an epiphany: “Square pegs don’t fit into round holes.”

Simple, right? Alright, perhaps my stream of consciousness is not exactly straightforward. Allow me to explain. Whether eclectic like myself, measured, gregarious, or intuitive, I have sought out those who don’t fit easily into a cookie-cutter mold. I hoped that the kids coming through our doors would be just as layered and beautiful as our team! The big idea was to create an environment that fostered their quirks, humor, inquiry and embraced their layers of complexity while validating the diverse ways that kids were smart! Over the years, I am proud to report that we have done just that. Yes, some initiatives were stronger than others and there have been ebbs and flows of rigidity amongst the wildflowers of innovation. Still, at our core, we are living out the identity we created for our school.

The last seven years have been the training ground for this moment in time. Our methods have leveled up and reading has also become a part of how we describe our school’s “thing!” We have literally been in our homes for nearly a year, and yet we arrived back into our building last week, and immediately the good vibes became contagious! We all but rejected the thought of scaling back on aesthetics given the time of year. Instead, we created the beautiful learning environments our kids deserve, no matter what month of the year it is. I am blown away by our ability to constantly flex and think beyond the challenge in front of yous, as we introduce yet another piece of technical equipment into our daily lessons. The list of wonder-filled moments we bring to our school each day is endless. This leads me to agree with “Kid ‘N Play,” in their claim, “I don’t know what it is, about this groove, that’s here making us move, but it sho is funky!” KIPP STAR Harlem, it is hard to pinpoint one thing. It’s all the things,— big and small, that make our school, quirky, joyful, creative, and most of all…. FUNKY!