25 years in the making. KIPP Affirm is a brand new KIPP Middle School led by a KIPP alumna!

BECOME A FOUNDING STUDENT OR TEACHER

APPLY TO TEACH
“I’m building a school where everyone comes together in the service of young people. Our school will uplift students to become the pillars and leaders of their community—continuing the work with, and for, future generations.” – Dominique Mejia, Principal, KIPP Affirm Middle School

At KIPP Affirm, our students, staff, families, and community members work collaboratively to create a learning environment in which students’ identities, cultures, and community are explored, celebrated, and affirmed. Through consistency, authenticity, and always with love, we uplift our students by providing the knowledge and tools needed to develop strength, power, and pride in themselves and in their education. With this, our students will have the freedom to live choice-filled and fulfilling lives, becoming changemakers and leaders of their community.

We believe in uplifting each and every voice and story in our school and community to ensure input and collaboration among all stakeholders, and to foster humanity, grounding, and connectedness.

We believe students learn best through a balance of rigorous academics, social-emotional learning, and ample choice opportunities for development and exploration of new interests and skills in and out of the classroom.

We believe students’ identities, cultures, and community should be explored, celebrated and affirmed—consistently, authentically, and always with love.

We love ourselves and others through support, joy, respect, accountability, and connectedness.

We love, uphold, affirm, celebrate, explore, and enhance our community, and we ensure that all members of our community are included in this charge.

We consistently seek to discover and develop our genuine and highest selves. We bring that person to every space we exist in and everything we do.

We own our education and actions by consistently taking responsibility for what we think, say and do in our school community.

We ensure that all members of our community are included and are given the equity they deserve.

A Day In The Life

School Hours: Our school day runs from 8:00 AM to 4:15 PM on Monday, Tuesday, Thursday, and Friday, and 8:00 AM to 1:30 PM on Wednesdays (in order to provide time for staff professional development).

Optional Breakfast: On all days, breakfast is served at 7:25AM for all students.

Lunch & Snacks: On all days, students will have a 15 min snack break during mid-morning where healthy snacks will be provided. Lunch is served daily in the early afternoon.

Our academic programming is based on 25+ years of proven results in KIPP NYC middle schools, and includes:

Explore Block: an electives block occurring  4 times per week during the school day and can include courses like:

Social Emotional Learning: Students will have dedicated time to engage in powerful individual, relationship-building, and community-building experiences, which emphasize self-reflection, identity development, and character growth. This will take place in: 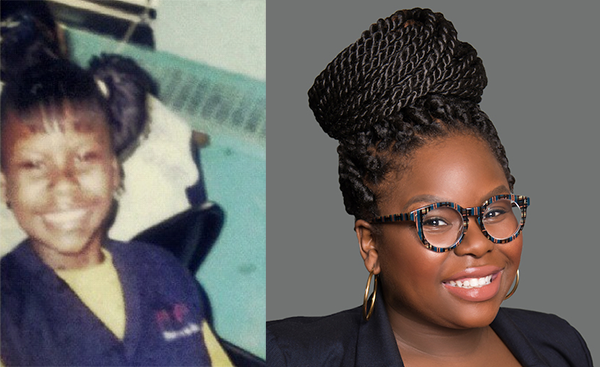 Twenty-five years ago, KIPP co-founder Dave Levin made a promise to Dominique and her grandmother: we’ll be with you to and through college. Reflecting back, Dominique says they stuck to their word. “In high school, I was able to reach out to KIPP counselors as I struggled through navigating the boarding school world as a little black girl from the Bronx. And in college, I think back to my KIPP Through College advisor who drove 4 hours to meet in-person with the financial aid team to advocate for me when no one else could,” she says. “So, I’ve always had it in my mind that I would give back to KIPP. I would tell Dave, ‘I’ll get rich one day and give all this money to KIPP!’”

What she’s given back is worth so much more than money. Dominique is entering her 12th year in education and all of that time has been educating students at KIPP. From teaching ELA and coaching sports and music groups, to being a dean, instructional coach, DEI coordinator; Dominique has taken that promise made to her as a KIPP student and made it a reality for her own students and alums. A first-generation high school and college graduate, she received her B.A. in Communications from the University of Maryland at College Park (GO TERPS!) and her M.A. in Secondary General Education from the Relay Graduate School of Education. Dominique lives in the Bronx with her husband, their toddler twin daughters, and her three teenaged siblings. 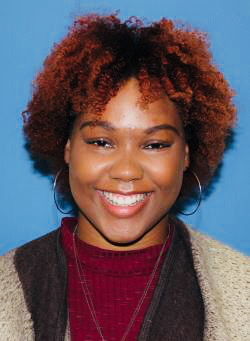 Jamyra Young, M.A. is the Founding Director of Operations for the KIPP Affirm Middle School in the Bronx. As a Bronx native, Jamyra grew up in the Riverdale section of the Bronx with her 6 siblings. Jamyra left the Bronx with a passion to study chemistry and, instead, followed a path of supporting needs and advocating for Black and Brown students at Colleges and Universities. She is happy to return to the Bronx after ten years to contribute to building a meaningful experience for all KIPP Affirm families and community members through identity affirmation and community pride!

Prior to joining the KIPP Affirm team, Jamyra served as the Assistant Dean of Students & Director of Intercultural Engagement at Keuka College where she guided the strategic direction for the College’s efforts to create inclusive environments and promote advocacy for international students and students of color. Jamyra holds a master’s degree in Higher Education Administration from Stony Brook University and a bachelor’s degree in Chemistry from Wells College. As a scholar, Jamyra has performed research focusing on investing in success for black students, faculty, and staff at institutions of learning. 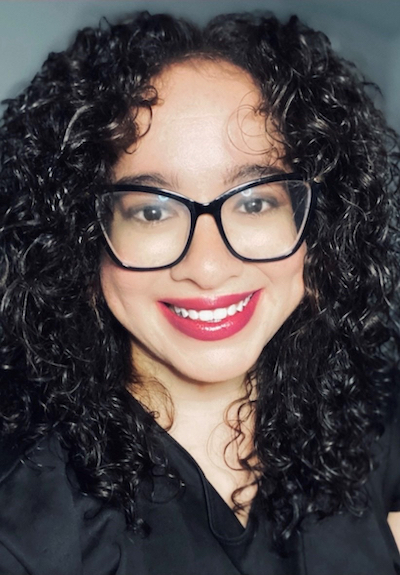 I am excited to be joining KIPP Affirm Middle School as the founding 5th grade social studies teacher. My love for history began in high school where I studied the political history of our country. I pursued history as my major at Franklin and Marshall College and began my teaching career as a Teach For America Corps member in Oklahoma City. I came back to New York and continued to teach in a middle school setting. I received my master’s from Relay Graduate School of Education. I have a lifelong commitment to education with the hopes of giving students the affirmation that they need in order to be successful and serve as a voice for change. 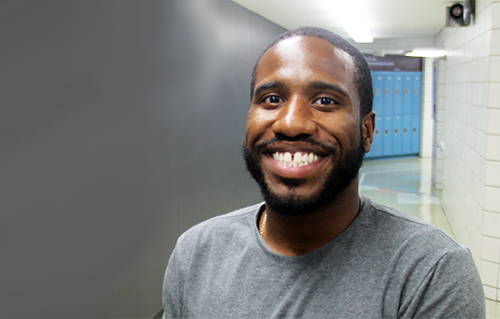 An alum of KIPP Academy himself, Lucas Lyons is finishing his 8th year of teaching, having been a learning specialist for 7th and 8th grade math within the organization. He has also served as Dean and Grade Level Chair for the 7th grade team at KIPP Infinity Middle School in Harlem, New York. Lucas decided to enter the profession of teaching the summer right after he graduated from Hobart College, leaving Geneva, New York after four years of undergraduate schooling. He earned a B.A. with a major in writing and rhetoric as well as a minor in cognition, logic, and language. As a part of KIPP NYC’s first Empire Fellowship program, he taught 5th grade math at KIPP Infinity during his first fellowship year. Over the next two years, he was the 8th grade learning specialist at KIPP Academy in the Bronx – first teaching Read 180 and System 44 and then co-teaching 8th-grade math. After his third year, Lucas graduated from Relay Graduate School of Education with an M.A.T. in both General Education and Special Education. Personally, Lucas is a voracious reader, enjoys downtime and board game nights with his friends, loves spending time with loved ones. 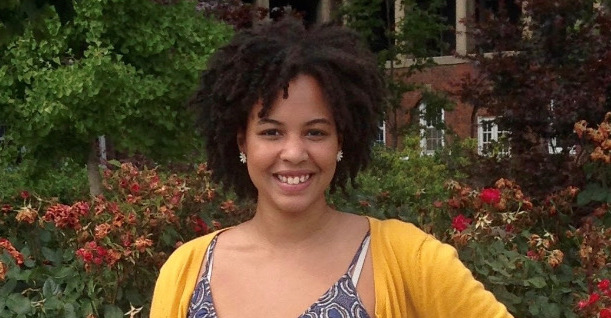 Megan Vargas will be KIPP Affirm’s founding 5th grade Science Teacher. In her current role, she is an 8th grade Earth Science Teacher and Learning Specialist at KIPP Infinity Middle School in Harlem, New York. Megan began her career as an after-school robotics teacher and later became a KIPP NYC Empire Fellow. Megan has taught multiple subjects and grade levels over the past three years but has found that she is passionate about teaching science. She holds a Bachelor of Arts degree in Black Studies, Latin American Studies and Political Science from the State University of New York at New Paltz and a Masters of Arts in Teaching from Relay Graduate School of Education. Currently, she is pursuing her Advanced Certificate in Special Education at Relay Graduate School of Education. 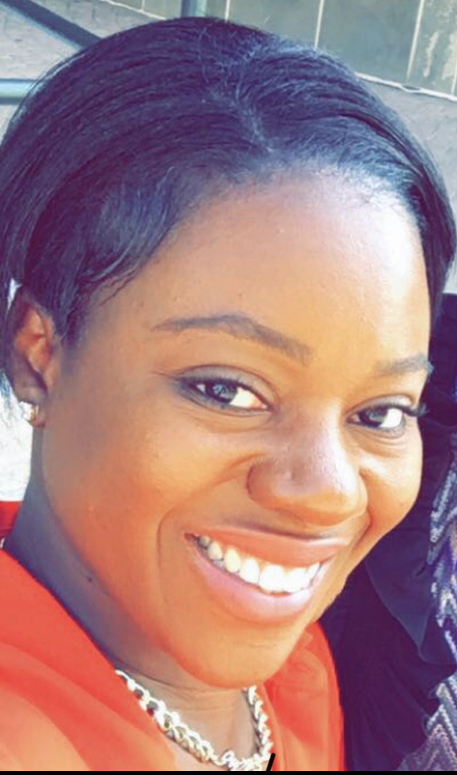 Like many of her students, Zakia was born and raised in the Bronx, New York. She attended New York City public schools from elementary to high school, and had the honor of being a second-generation Kippster during fifth grade. Prior to teaching, Zakia learned the building blocks of behavioral intervention as a life skills assistant at a residential group home for children and adolescents with special needs. Years later, her son’s admirable principal (Mrs. Alexa Sorden) opened a new platform by paving the way towards her becoming a special education paraprofessional in District 75. This career option was rewarding, however, Zakia desired to gain in-depth knowledge and skills that would allow her to better serve students. She continued her education at The College of New Rochelle, earning her Bachelors of Arts. After completion of her undergraduate degree, Zakia pursued a Masters in Special Education at Hunter College. Her lead teaching experience in self-contained classrooms in the Bronx (for district seven and district nine), personal experience as a spouse and mother of four has transformed her into the educator that she is today.

Over the last decade, Zakia has embraced her “academic babies” as if they were her very own. She’s headstrong towards her special education teaching practices that have helped diverse students achieve their goals. It’s an honor for her to now be a part of the KIPP Affirm team as a Learning Specialist. Building strategies to help restore the academic learning gap for students amongst a wide range of special needs and multiple grade levels within her very own community. 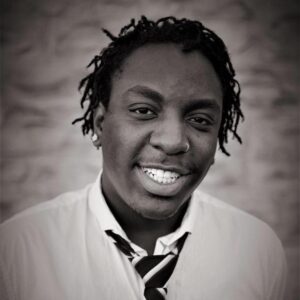 Sekayi Williams is entering his third year in education and will be the founding Reading Interventionist at KIPP Affirm. Having attended KIPP himself in the 5th and 6th grade, he is excited to embark on this journey and give back to the community that nurtured his love of language. At KIPP he will foster a love of learning, and a love of self.

Error: There is no connected account for the user kippaffirm.