Michael: Built for this Moment 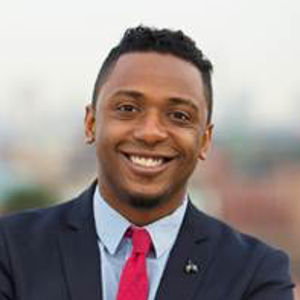 When Michael previously worked at 1199SEIU United Healthcare Workers East, he did strategic planning for the union’s benefits fund. Little did he know that less than three years later he would be plunged back into the world of health care by leading KIPP NYC’s efforts to operationalize its health and safety protocols in the face of the COVID-19 pandemic.

In March 2020, Michael was supporting KIPP NYC schools as a Regional Director of Operations when COVID slammed into the New York City area. Coincidentally, just weeks prior Michael had created a regional command team that would be ready to respond to large emergencies, such as natural disasters. As the team would soon discover, they had built a communication and decision-making apparatus that would prove invaluable during that extremely challenging spring of 2020. Michael reflected on that time:

“As an organization, we had to quickly pivot to focusing on health and safety. How do we keep families safe? How do we keep students learning? The first few weeks were really intense. This virus was raging. We were taking direction from the CDC and the NYS Department of Health. School policies were created out of that. Thankfully we had built that command team; we were able to navigate on our own.”

At the end of the 2019-20 school year, everyone was optimistic about returning to a more normal school environment. But when that didn’t appear likely – students were going to start the year remotely again – Michael quickly realized that he would be continuing to lead our health and safety operations.

“In the beginning, I thought that this was something we’d be navigating the first few weeks. It started to hit me that we’re going to be in this pandemic for the long run. We usually don’t have emergencies of this magnitude. There was a piece of me that was excited to develop systems and think about how we could operate differently.”

While it’s well known by now the immense challenges that teachers faced last year to educate students and partner with families while remote, what’s less documented is how staff who support schools were able to execute without being in the buildings. In normal times, Michael is in schools nearly every day, supporting their operations. However, the command team’s daily morning meetings were a critical structure that gave folks the opportunity to weigh in and think through what the work would look like across the region. And who would have thought only six months prior that this command team would be called upon every day?

Michael believes that post-pandemic our schools will be in a stronger position. We’ve gotten better at communicating with our families. We’ve done better at seeking feedback from all stakeholders.  He acknowledged that while our schools’ operations look different than they did 18 months ago, ultimately it is in the best interests of students and families:

“I think families’ needs are changing and evolving. That’s something that we’ll continue to address. How we assess where families are; how we think about families’ needs have been strengthened.”